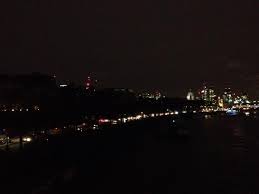 Productivity is being hit in central London today as an underground fire has cut power to over 5000 homes and businesses.  This is in addition to the, admittedly short, power cut that denied power to a large part of Shoreditch and Bethnall Green yesterday.

Whilst it could be said it was lucky it took place in the Easter school holiday, meaning more people are on holiday than usual, these power cuts will impact the business affected quite dramatically.  The theatres and cinemas around Covent Garden and the Strand were seen to be emptying out, presumably with vouchers for another show in the new future. Shops have had to lock their doors and are losing trade every minute they remain closed.

Outside of the retail businesses, a great many others in the numerous office buildings will be sending staff home, or having them twiddling their thumbs in the dark, simply because they have no power to their IT and their phones – thank goodness for BlackBerries and iPhones I hear you say.

Whilst smartphones do allow a level of communication, there’s no denying the impact this power cut is having on businesses in the areas affected.

What could they have done?

If they have a local server infastructure, let’s hope they had sufficient UPS capacity to allow a proper network shutdown.

One of our clients has been affected.  His comment this morning was ““The move to the cloud has paid off” said Steve Martin, Finance Director at  Elysian Capital LLP

Hopefully the power will be back on again soon and the businesses impacted will be trading again soon.